Prototyping is a good way to find out if what you have is what the users are looking for. It’s useful to get user feedback on the project and useful for evaluation Prototyping can be done throughout the project and at any time. There are many different types of prototyping, which range from pieces of paper(low fidelity) to implemented software (high fidelity).

Prototyping helps to clarify any uncertainty of the functional and user requirements, “look and feel” of the interface and how appropriate the design is. Research shows that when a project has used prototyping it normally leads to 40% less code, 45% less development effort. The project is easy to use, although the project tends to be less robust.

“The vast majority of usability problems come from a single cause: the development team was lacking a key piece of information. If team members had known it earlier, they would have designed to accommodate it and the usability problem would never have occurred.”

Prototyping should be cheap and quick to produce with the intention to discard or modify. Types of prototyping are:

Prototyping compromise is where you can limit the amount of features or functionality the prototype will provide to the user. There are two common types of compromise.

When creating a prototype to get feedback on peoples first impressions it is good to have high fidelity, so that it looks like the final system. As well as horizontal compromise, so that it has many simple functions. 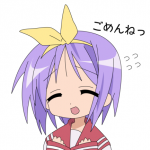