I ordered a 56 Channel GPS Receiver (GP-20U7) from hobbytronics. The GPS is made by SparkFun, its tiny as you can see below. So far it is working well and was easy to get working. 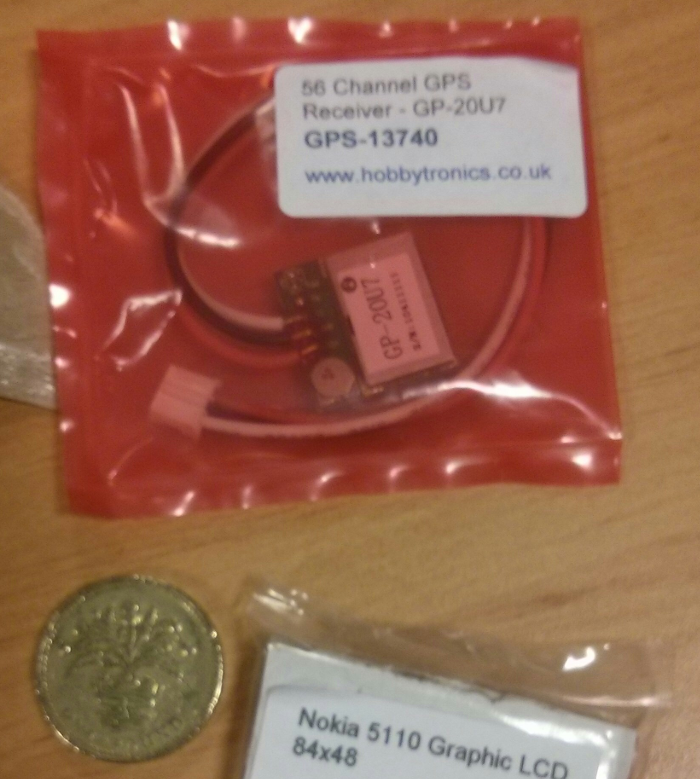 I guessed the pinout from the datasheet. Nothing exploded.

The RPI comes with the serial pins bound to a TTY terminal. This lets you plug it into a USB-TTL cable and use screen to control the PI. To use the PI with a device that uses serial to talk you need to unbind it first.

Use either cgps -s for CLI, or xgps for a GUI. 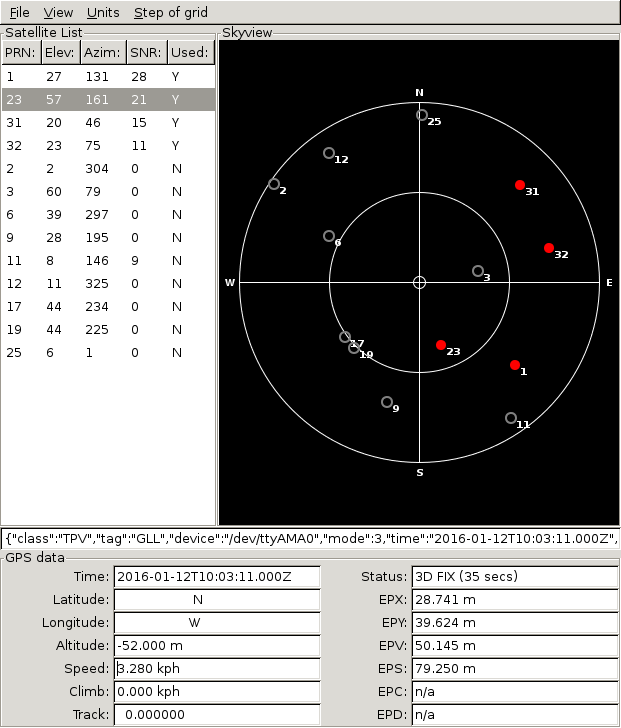 It took a good 15min for the first boot to get all the data. This is normal. After it was able to keep a solid lock inside next to a window.